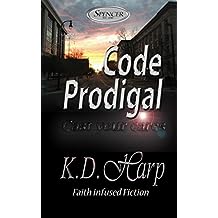 Lt. Col. Boone Ballestra’s sister (and niece Savannah) sought shelter under his roof when her ex vowed revenge for her court testimony. He expected some drama after his homecoming, but not a near kidnapping before his pack even hit the floor! Savannah’s favorite teacher, Brianna Parrish, had his family’s back when Boone was overseas, but as his mafia in-laws step up the heat, she’s risking her life for them. It’s a risk Boone’s heart can’t afford to take and he’ll trade his freedom for Brianna’s in a heartbeat …which it just might cost them.

This article was posted in Religious & Inspirational.