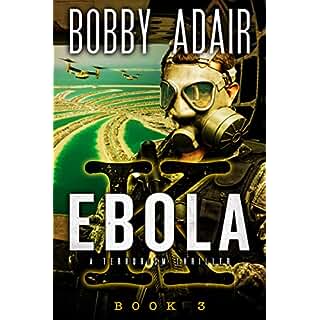 The final book in the Ebola K trilogy. Half the population has died. Many countries and societies have collapsed, but Ebola still kills. Paul Cooper is imprisoned in a farm where Ebola survivors are forced to donate plasma for the sick, but smugglers and corruption are at large. Austin Cooper has recently escaped from rebels and has been found by Mitch Peterson. Together, they must now travel across Kenya and Ethiopia toward their separate goals. One to get home and the other one to kill Najid Almasi.