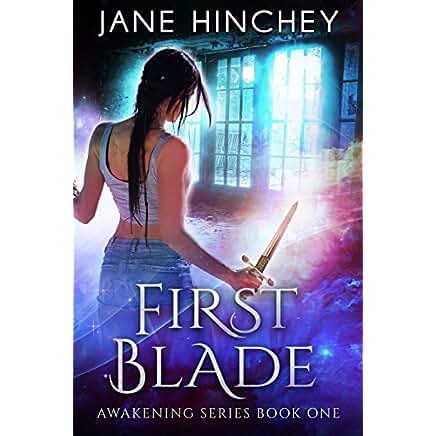 Georgia Pearce possesses remarkable psychic abilities. When she discovers an ancient dagger hidden in her workshop, she knows it can only mean one thing. Trouble.
Trouble arrives in the form of Zak Goodwin, an entity more powerful – and definitely sexier – than any she’s come across before. However, when a horde of dangerous vampires show up and threaten Georgia and her sister, she has no choice but to ask Zak for help.
Along with a shifter cop, a band of vampire warriors, and her own psychic skills, Georgia sets out to stop the awakening of an immortal vampire who has the power to destroy the world — and discovers that staying alive isn’t nearly as dangerous as falling in love.
If you like fast-paced paranormal romantic suspense, thrilling heroes, and sassy, kick-ass heroines then you’ll love the first installment of the Awakening series by Jane Hinchey.