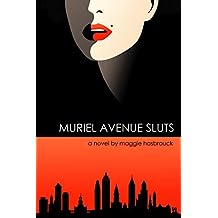 Seventeen-year-old Julia Turnbow’s mother gets paid to have sex; that’s just how it is. When Jules turns eighteen, she plans to follow in her mother’s footsteps and join the exclusive world of Philadelphia’s infamous Muriel Avenue Sluts. But before all that happens, she has just one wish—to fall in love.

Just when things seem to be going her way, Jules’s best friend reveals that she’s being abused by one of Muriel Avenue’s gentleman clients. Days later, the abuser falls to his death from a second-story balcony—and Jules is just one of two people who knows exactly what happened.