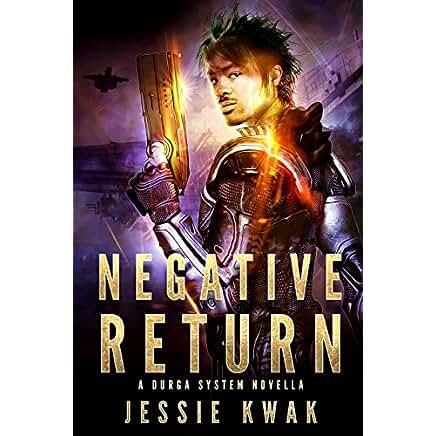 Manu Juric is a mediocre bounty hunter. But he’s damn good at reading people and creating unexpected explosions — and that can take you a long way in this business.
Not far enough, he learns when he tries to take out one of Bulari’s most notorious crime lords: Willem Jaantzen.
After the attempt is horribly botched, Jaantzen spares Manu’s life in exchange for joining up with his motley crew for one small heist. There’s a reason Manu avoids teamwork: it’s the worst. And as the increasingly unpredictable job plunges Manu into an ever-tangling web of uneasy dangers and bristly egos, he realizes he’s going to need to find some allies — fast.
And the one man he may need to trust the most is the one he’s been contracted to kill.