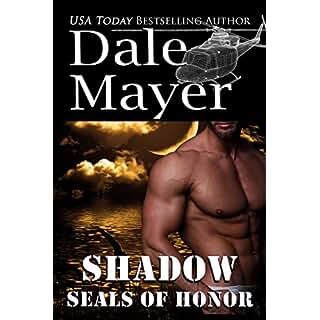 Shadow’s life has been an uphill struggle. No wonder he’s so damn good at dealing with the hard, the difficult, and the dangerous.

Shadow’s all about being a SEAL. The one world he’s comfortable in. He knows what he can do, when to do it, and how to do it … until he sets off on a mission to rescue Arianna and her family, and his world goes from controlled action to chaos. Who knew women like her existed?

Arianna struggles to deal with the foreign world she’s been plunged into. Kidnappings, beatings, threats. SEALs. The only good thing is the darkest, most dangerous-looking saviour she’s ever met. And he doesn’t know what to do with her.

Well, she has a good idea, but will they get that chance? Not if the kidnappers have anything to say about it.

Arianna has been marked for extinction, and it’s up to Shadow to save her … before it’s too late and he loses something he had no idea he wanted in the first place … but now he can’t live without.