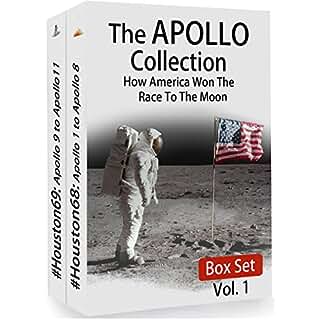 On 25 May, 1961, President John F. Kennedy announced the hugely ambitious goal of sending a man to the Moon and returning him safely to Earth before the end of the decade.

The president’s announcement came at the height of the Cold War confrontation and it set off an intensely competitive race with the Soviet Union who desperately wanted to gain for themselves the huge propaganda victory of being the first nation to land a man on the Moon.

President Kennedy’s dramatic announcement galvanized the United States, whose manned space program to that point had remained far, far behind that of the Soviet Union.

In the months and years following the president’s announcement, NASA threw itself into an intensively accelerated program in which they would attempt to launch 26 increasingly complex manned missions into space in a massive and hugely expensive effort to beat the Soviet Union to the Moon.

This collection details all the NASA missions up to, and including, the first Moon landing, including moment-by-moment accounts of the particularly dramatic and historic Apollo 8 and Apollo 11 missions. These missions are retold in the form of today’s social media platforms, allowing us to witness the unfolding drama of the missions as if we were following them in real time and as if the participants and observers were sharing their thoughts and actions with us directly.

This article was posted in History.