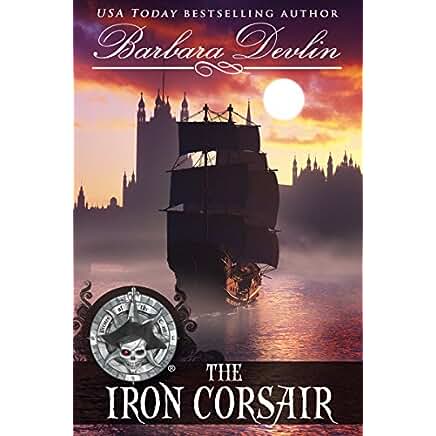 HER HEART BELONGS TO ANOTHER
Betrothed to a title, as opposed to a man, Lady Florence Beatrice Wilfred reconciles herself to an awkward union with a childhood friend. Haunted by tragedy, which ripped her true love from her arms, she is content to honor the agreement negotiated by her father. But her world is again turned upside down, when her one-time fiancé makes a sudden and stunning return to London society and states, in no uncertain terms, he wants her. Given his violent past, can she trust him?
HE WILL DO ANYTHING TO GET HER BACK
Known throughout the seafaring ranks as The Iron Corsair, Lord Barrington Nicholas Peregrine Howe, Marquess of Ravenwood, stands accused of a heinous crime he swears he did not commit. After years on the run, sailing the ocean as a ruthless pirate, a chance at redemption and a full pardon offers him the opportunity to clear his name and regain all he lost, including the woman he loves, but an unknown and dangerous enemy lurks in the shadows. Can Barrington find the villain before history repeats itself?

This article was posted in Historical Romance.