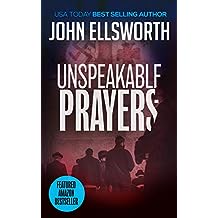 From the highly acclaimed attorney-turned-writer comes a historical thriller about a kidnapped Jewish boy and a Nazi army officer. Their paths collide in World War II and crimes follow crimes.
Seventy years later their case goes to trial in a legal drama set in Chicago. For the defense is Thaddeus Murfee, a Chicago attorney who refuses to lose cases, even where there’s a smoking gun. Courtroom drama takes over the final third of the book as Thaddeus puts on the stand the Nazi’s grandson, a Catholic priest, to help with the defense. A startling ending has readers everywhere discussing this ferocious courtroom thriller.