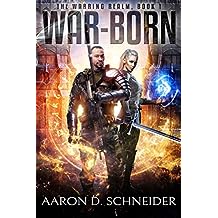 2000 years of war just met its match. Caught between mind-bending sorcery, ancient grudges, and intrigues among aeon-old beings, Luce must gather the forces of the kingdom and revolutionize their idea of combat before enemy legions march across the land. Witchery and swordplay pair with assault rifles to stop an adversary who seeks nothing less than utter conquest.