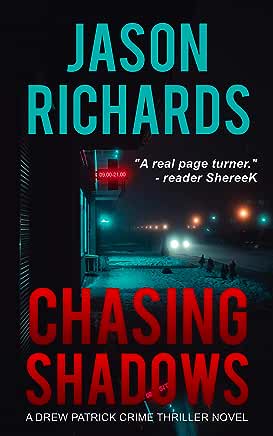 A rebellious teen. A notorious crime boss. A private eye looking for justice.

When concerned single-mother Bonnie Ross hires private investigator Drew Patrick, it’s because she fears a boy is leading her daughter Tina down the wrong path. The truth is much worse. Tina’s boyfriend Aaron is working for a notorious crime boss whose brutal henchmen are leaving dead bodies in their wake. The danger intensifies as Aaron is pulled deeper into their crimes, and Drew must fight off the thugs sent to end his investigation. But there is no backing down as Drew must race against the clock to try to save Aaron from becoming the next murder victim.