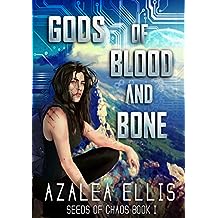 They captured Eve and injected her with a VR chip, a GPS tracker, and her first Seed. They made her a Player. At first, she loved her new miraculous superhuman abilities. Then they sent her to fight for her life on a vicious alien planet, where the other Players are just as dangerous as the monsters. Now it’s level up, or die, and Eve refuses to die.