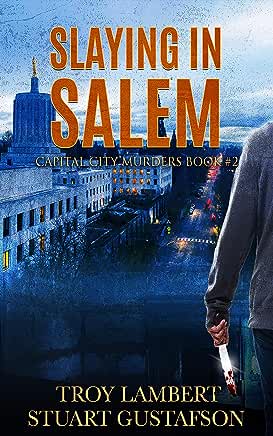 A former site of horror and death is the scene of a new murder.

Nick O’Flannigan, freelance photographer and amateur sleuth, arrives in Salem only to discover another crime. The police have a man in custody, but one small clue tells Nick what no one else wants to acknowledge: they’ve got the wrong guy.

With the help of a local reporter who’s also his buddy from college, Nick investigates. Will his clues lead him too close to the murderer and put both his life and his assignment in danger?

If you love Jake Longly, you’ll love Nick O’Flannigan. Catch up with Nick in this second novella in the compelling Capital City Murders series!