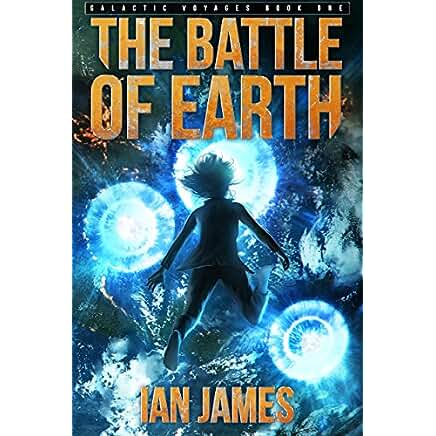 Ian James is “amazing…truly a joy to read.”

— The Kindle Book Review
When Anahita Amiri leaves work one evening and spots a strange object floating in the sky, she knows something is wrong. Captured and brought to an orbiting battleship, she meets several people who have been abducted at random from across the planet and imprisoned without explanation.
In a life that has taken her from Revolutionary Iran to the translators’ offices at UN Headquarters in New York, nothing has prepared Anahita for this ordeal. She isn’t alone. All the other prisoners are so shocked they can barely speak, much less plan an escape.
But no prison is perfect. As the bombs start raining down on Earth’s cities, Anahita will have to answer a terrible question: does she, a lifelong pacifist, have what it takes to defeat an army of genocidal invaders? Or will she buckle under the pressure, and surrender to their demands?
THE BATTLE OF EARTH is a pulse-pounding, realistic, character-driven depiction of an alien invasion that you will not be able to put down, the first in a new science fiction adventure series that charts mankind’s exploration of the stars.